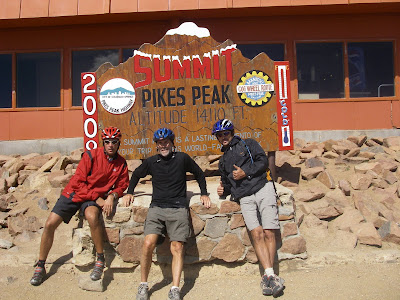 Trevor (son) and his buddy Brent made it to Colorado Springs with Trev's "Millenium Falcon" (an 80's Tioga Motorhome - MoHo) along with their two boys Colin and Ian.

Trev and I had planned a RTAA (Roadtrip Across America) to Nashville using my MoHo from Colorado Springs. 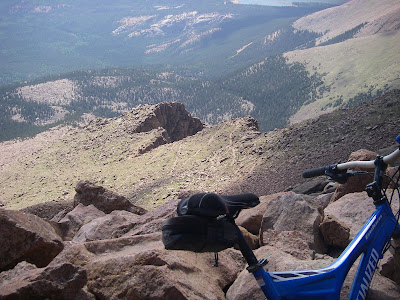 Riding our Mtn. Bikes down the Barr Trl. on Pikes Peak seemed like a good idea to start our adventure.

The Barr Trl. is "Hot", with 8K elevation drop over 12 miles of fast single-track.

We did some crashin' but what else would you expect? 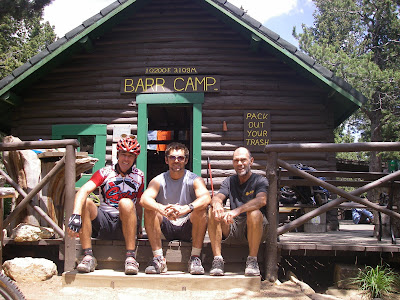 Halfway down we hit the coffee and snickers pretty hard at Barr Camp.

It's a great place to spend the night. 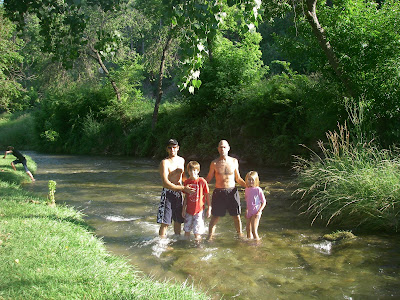 Sandie and I left Colorado Springs in our MoHo with Trevor and his two kids from CA (Colin and Thea). Thea flew here direct from CA, electing not to do the eight day MoHo trip with the "Butcher Boys".

After spending a night in Ft. Collins to say Hi to our daughter Traci, we rolled on to the Black Hills and made a stop in Hot Springs.

Why pay to go to some commercial hot springs when the local river flows at 90 Deg. F. Fun! 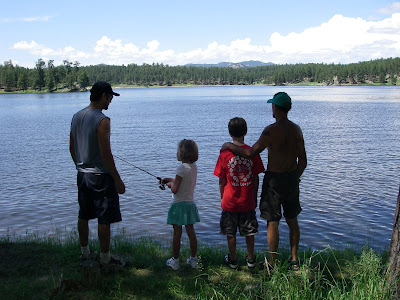 Colin really wanted to catch some fish and we tried as often as possible.

One of the lakes in the Black Hills. 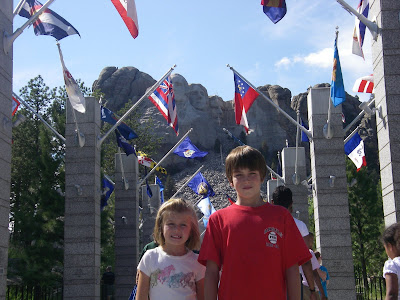 Colin and Thea at Mt. Rushmore. 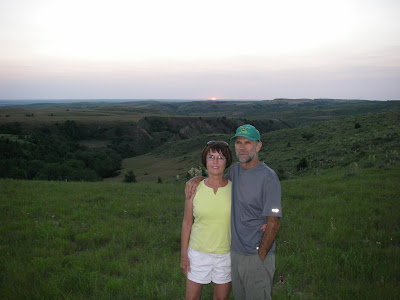 After a fun morning at Wall Drug (I guess it's one of the top ten site-seeing attractions of America?) we drove twenty miles north to
Creighton to camp at the Babcock Ranch (7K acres).

I've been there a couple of times before to ride dirtbikes with Randy Babcock. 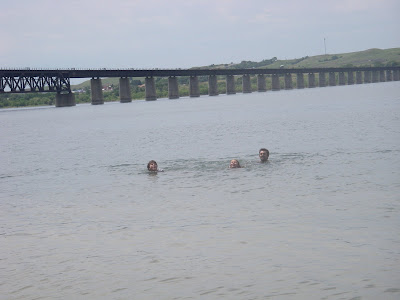 I'm pretty sure a swim in the Missouri River will cure most anything. 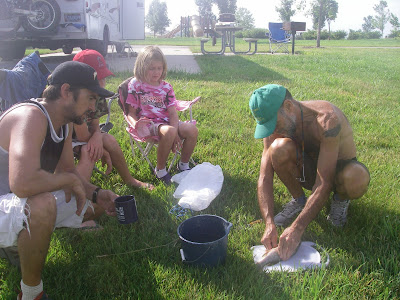 Cleaning the Bass that Colin caught at a campgroung near Omaha. 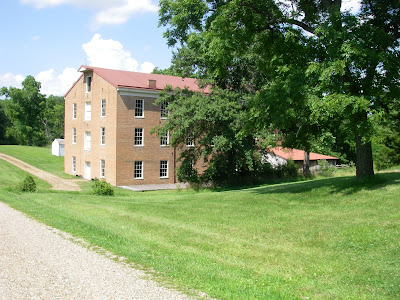 The only complete 19th century woolen mill in existence. 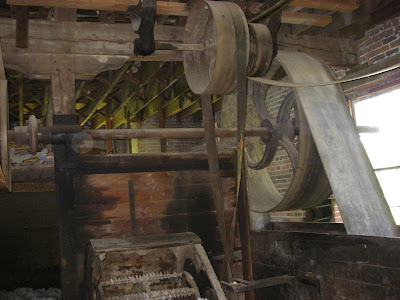 The entire buildings machinery (four floors) was powered by a single-cylinder steam engine. 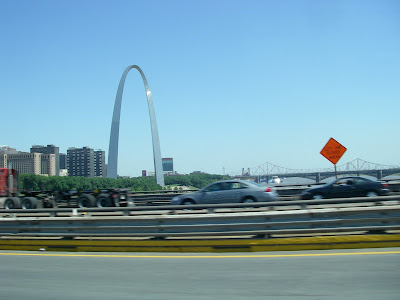 We didn't want to take the time to stop but the arch in StL looked cool. 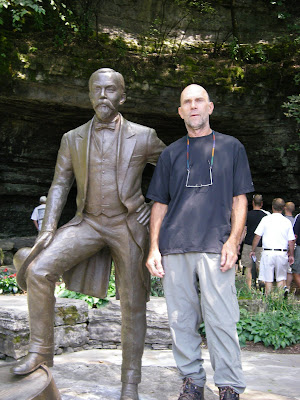 While we we're visiting Trevor's buddy Marco in Nashville, I rode my DR350 dirtbike 75 miles to Lynchburg to visit my "Old Buddy" Jack (#7 founder). 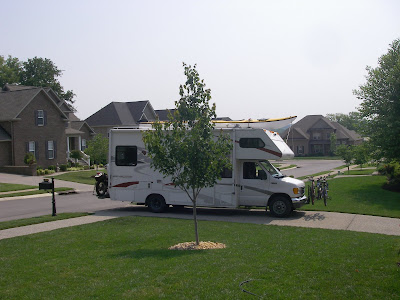 The MoHo in Marco's driveway. 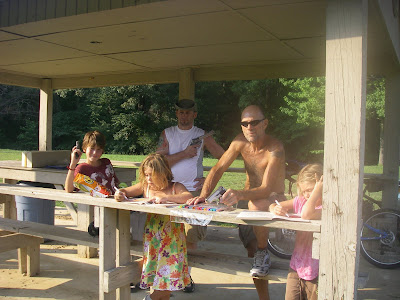 We found the Natchez Trace State Park halfway between Nashville and Memphis. We camped next to a beautiful lake with a great swimming beach.

The park had a free shooting range so we sharpened up our shooting skills a bit. The girls did some shooting but seemed to prefer doing workbooks.

A fellow camper (Robert - around 70 I think?) went with us and showed us the routine of "Cowboy Shooting".

On the way back to Colorado we stopped at my brother Lyle's house on Lake of the Ozarks to waterski for a few days. It was fantastic!
Posted by MegaMel at 9:00 PM No comments: