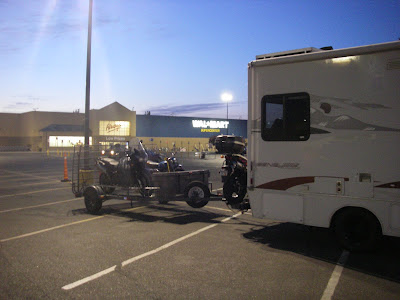 First camp on the way to Anacortes. Walmart, of course!

A couple of years ago, our friend Helen proposed a trip to Bella Coola on motorcycles. Soon after she read some British Columbia tourist brochures that talked about a 18% "hill" leaving Bella Coola on dirt and climbing to almost 5,000 feet. She dropped out but I was "hooked". We just finished the trip with my brother Doyle, from Texas and my wife Sandie. Doyle trailered his bike to our house, we loaded our V-Strom and we were off. We left our RV in Anacortes and loaded the bikes on a ferry for Sidney on Vancouver Island. Here's a Pic of Friday Harbor on San Juan Island. 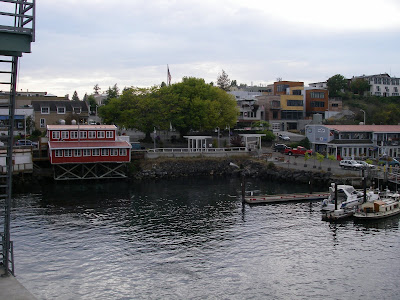 After the ferry trip from Anacortes, WA to Sidney, Vancouver Island, we rode about an hour to
Chemainus where they are noted for their large murals on many buildings around town. We stayed in this quaint hotel. Lot's of suffering - no WiFi! 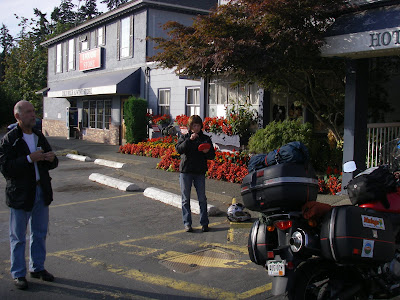 This mural of the first sawmill (1862) was in the city park. 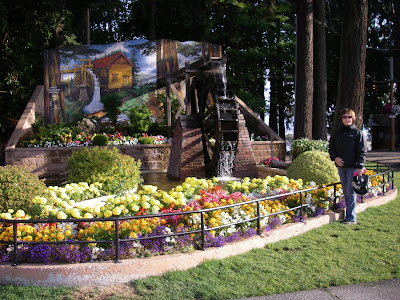 We took a sidetrip to the west side of Vancouver Island and had Fish and Chips in Ucluelet. 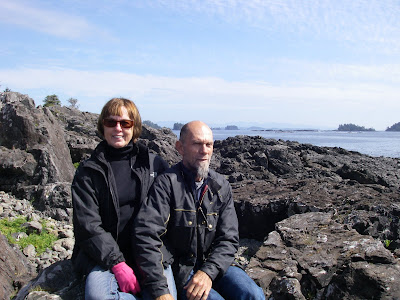 Sandie and I rode across the island to Gold River while Doyle took a break. 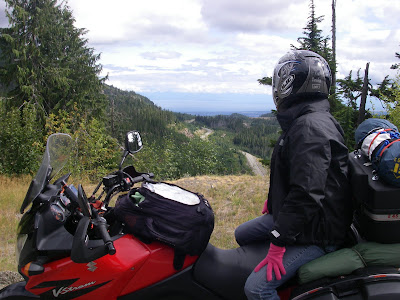 Here's Telegraph Cove, a fishing village with houses on stilts around the harbor. 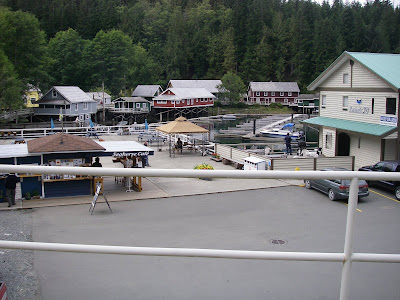 The whale museum was very good. 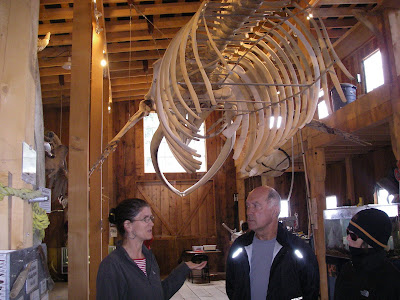 Doyle and Sandie, ready for our whale watching cruise. The boat had twin 625 HP Volvo's and we went 55 miles to find the Orcas. Lunch on the boat was great. Mackay Whale Watching is the way to go in Port McNeil. 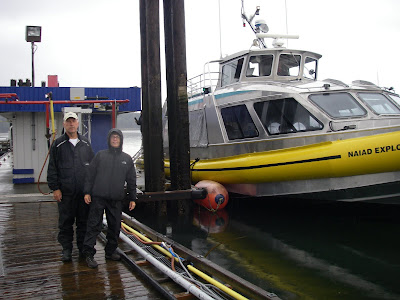 We saw Sea Lions, Humpbacks, and Orcas but we all thought the 100's of Pacific White Sided dolphins pacing us, was the highlight of the day. 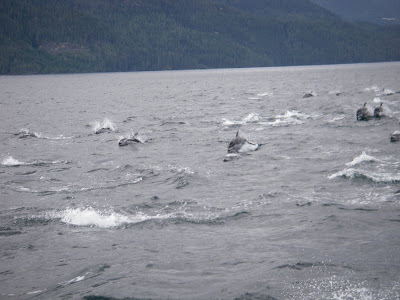 One of the Orcas we saw. 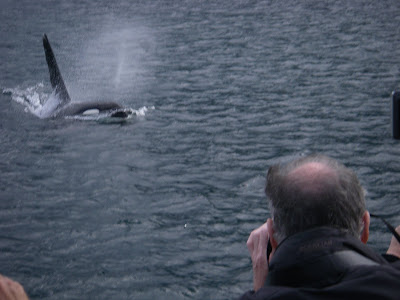 We left Port Hardy for Bella Coola on the Queen of Chilliwack and it was "Sold Out". Most of the passengers were "First Nation" people who had been on vacation. The aisles were full of air mattresses and blankets. I set my tent up on the deck and camped for two nights as we visited Bella Bella, Shearwater, Ocean Falls, and Klemtu on our way to Bella Coola. 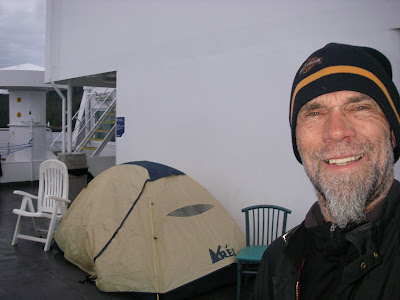 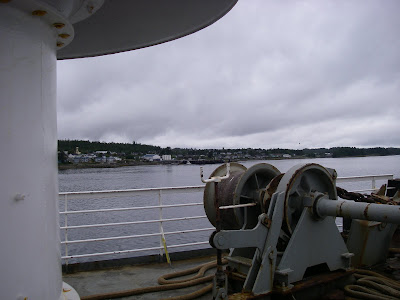 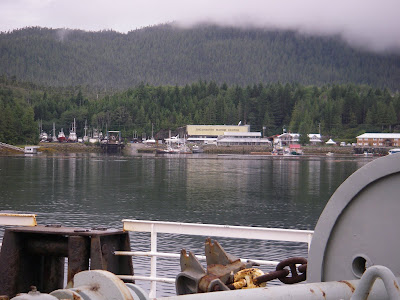 The passages/ straits were beautiful. 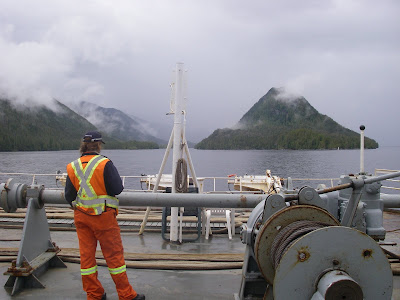 The Chilliwack at Klemtu where we spent three hours on shore. 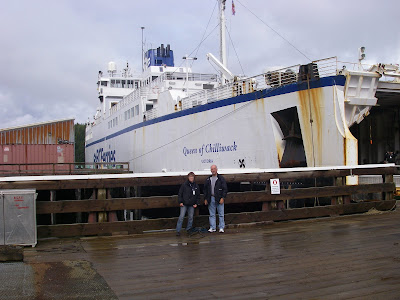 We arrived at Bella Coola at 6 AM and enjoyed this sunrise on our way in. 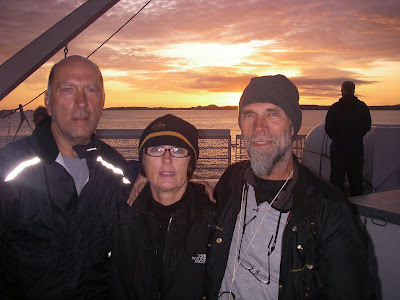 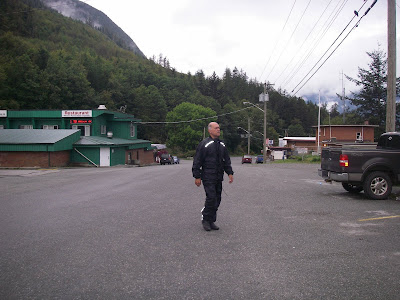 While we were eating breakfast we garnered some local Info that led us to some cool rock carvings. They could be 1,000 or more years old? 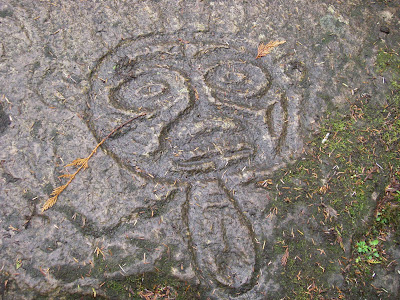 Waterfalls along the Bella Coola valley. 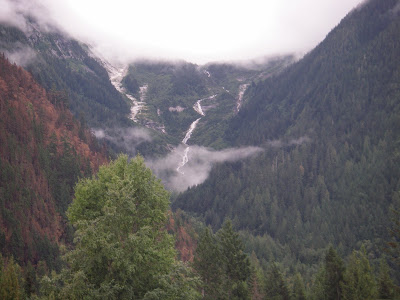 This is the top of the famous "Hill" out of Bella Coola. The brochures advertise 18% grades but I only saw signs for 14%. It was forty miles of well graded dirt and was quite easy on the motorcycles. 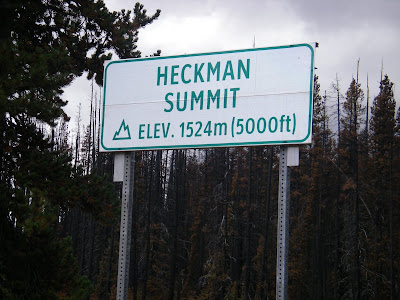 From Bella Coola, we rode to Williams Lake and then on to Whistler. We saw some awesome glacier views along the way. 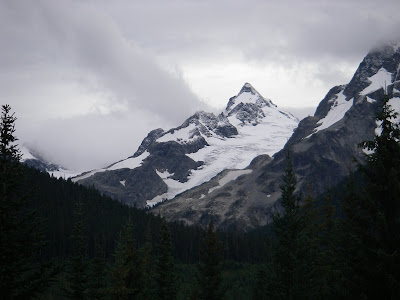 We found a really nice hotel in Whistler Village and decided to ride the lifts to check out the World Record setting Peak2Peak gondola they put in last year. It spans 1.8 miles and runs 1,400 feet above the valley floor. 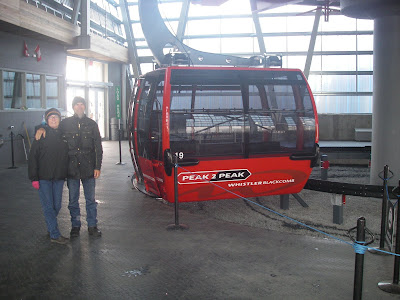 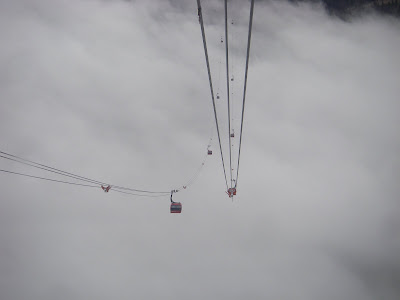 More glaciers on the way to Vancouver. 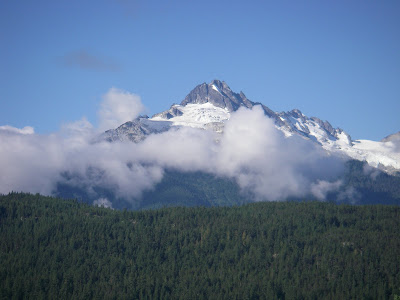 I read about Harrison Hot Springs in the BC tourist brochure and it wasn't too far from Vancouver. We had great views from our room and five pools heated by the hot springs. Great! 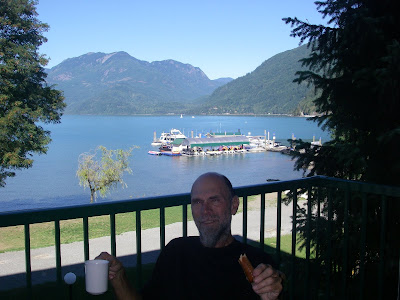 We re-grouped at our MoHo (in a boat storage lot in Anacortes), then took the ferry to Lopez Island to spend a couple of nights with our friends John and Tina. We enjoyed the super hospitality and the riding around the island. 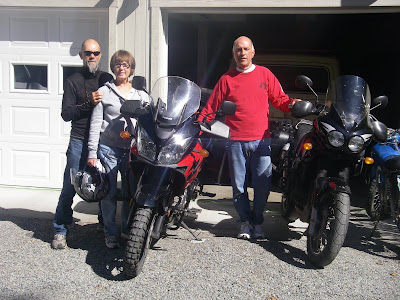 Here's the view from John's deck. 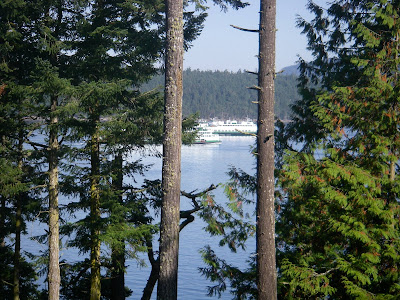 Twelve days and 1,800 miles on the motorcycles. The ferry mileage must have been around 300. A great trip!
Posted by MegaMel at 10:41 AM No comments: